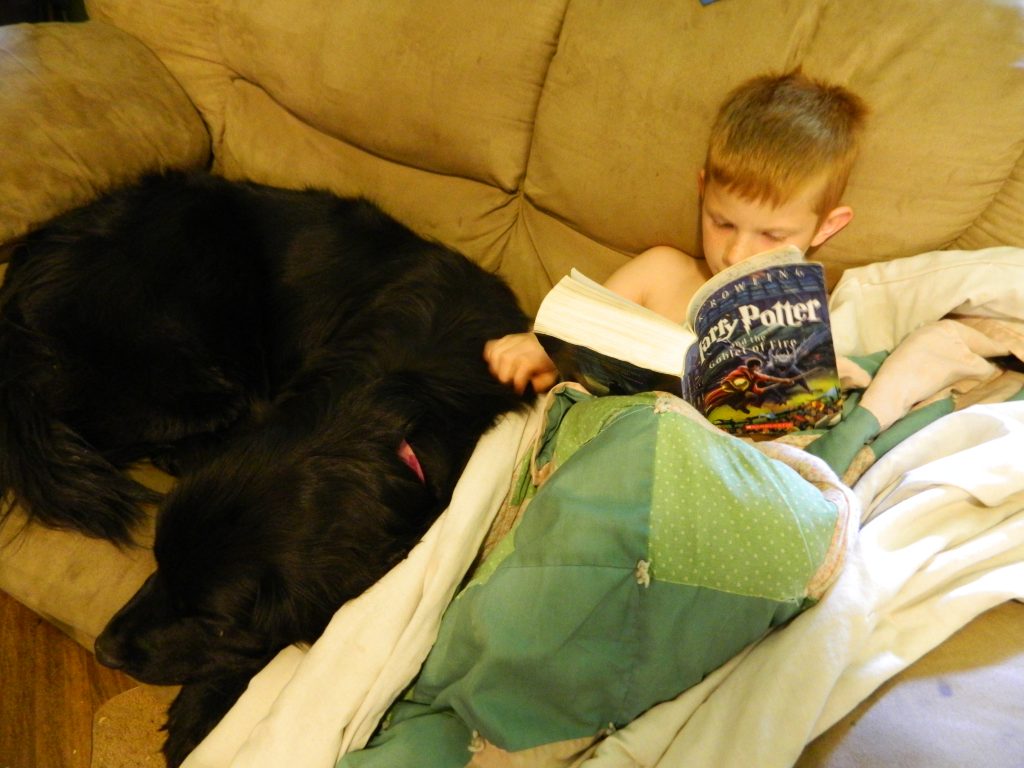 Some friends of ours gave us a second hand couch, which we were super thrilled about as our couch had been recently bounced upon and the middle would sag and entrap anyone who weighed over 100 pounds. The boys were of course thrilled to see the new piece of furniture, especially our youngest. Sweet Boy#3–“The couch is so fluffy! I like the designs that they make so it looks like stains!” Actually, I think he came up with a fabulous idea. If couch professionals actually manufactured a davenport that had stain-like designs upon it, I would totally choose that couch.

Sweet Boy#3–Wanted to snuggle with me on the new couch while reading his book. He looks around. “Where’s Big Bertha.” The sad thing, I knew what he was talking about. “Over there on my red chair.” I pointed out. He jumped up and ran over to grab my queen-sized quilt (Big Bertha) to snuggle with.

Sweet Boy#3–Wakes up in the morning to find that our 94 pound doggy has leaped up on the bed and was laying on him hoping that he would wake up. Our youngest exclaimed–“Leia laid her snozzle on my belly!” It was true. Her big snout was resting on his tummy so that her doggy eyes could have the most intense effect as she urged him to get up and play.