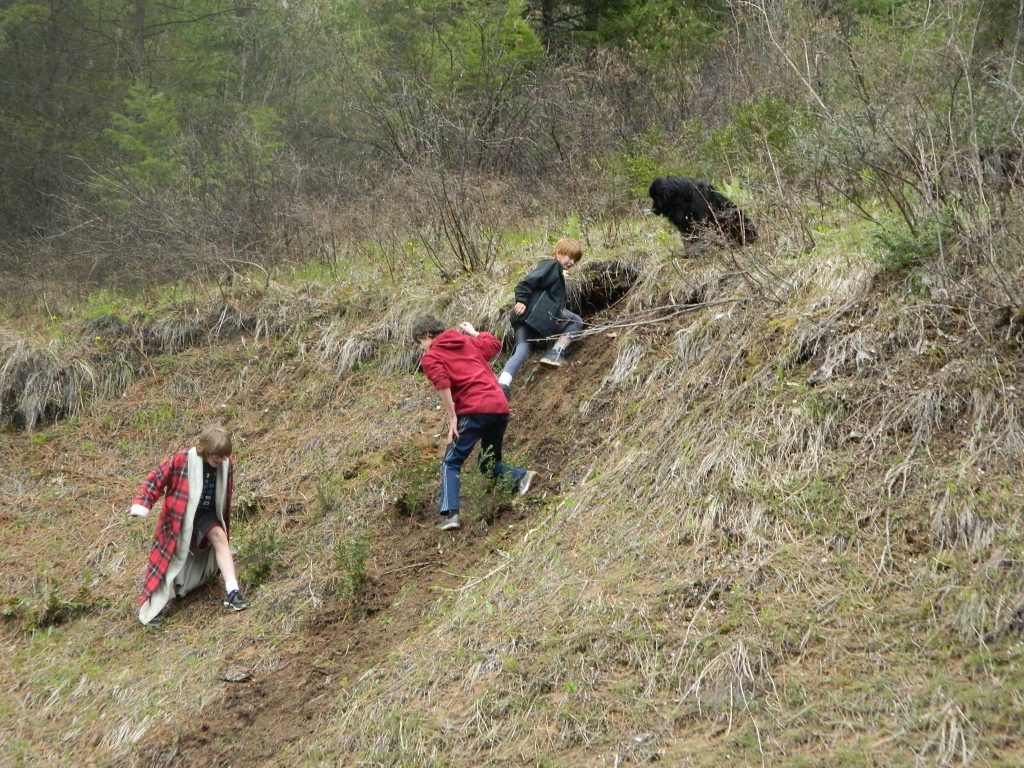 Spring has finally come to the mountain. With Spring, comes muddy banks and impromptu excursions into the great outdoors. On this day, I just stopped our car at the side of the road after picking them up from the bus and told them, “You have ten minutes. Run around!” They bolted from the car, dog at their heels. Princess Leia Freyja seemed very concerned about safety though. 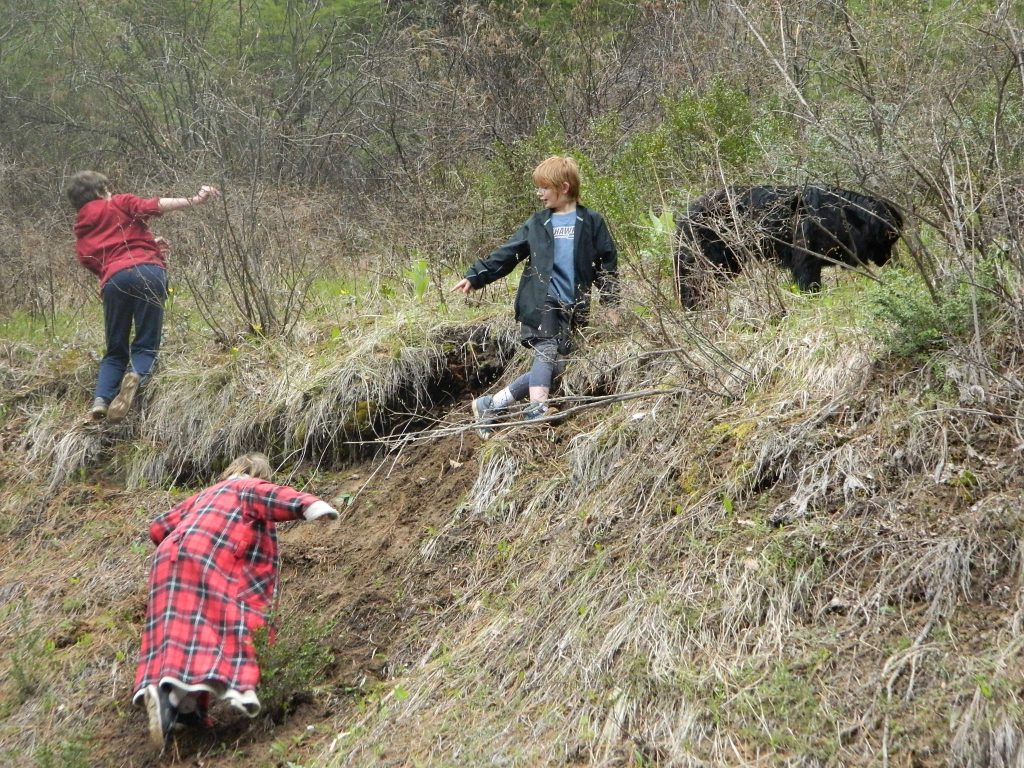 And yes, those are the famed and much beloved bathrobes of Sweet Boy#2. We keep them in the car after I pry them from his person when he boards the school bus in the morning. But they are waiting for him when he gets off the bus in the afternoon. Yep, they are also washed quite often, due to all the mud and dust and debris they acquire during his adventures. 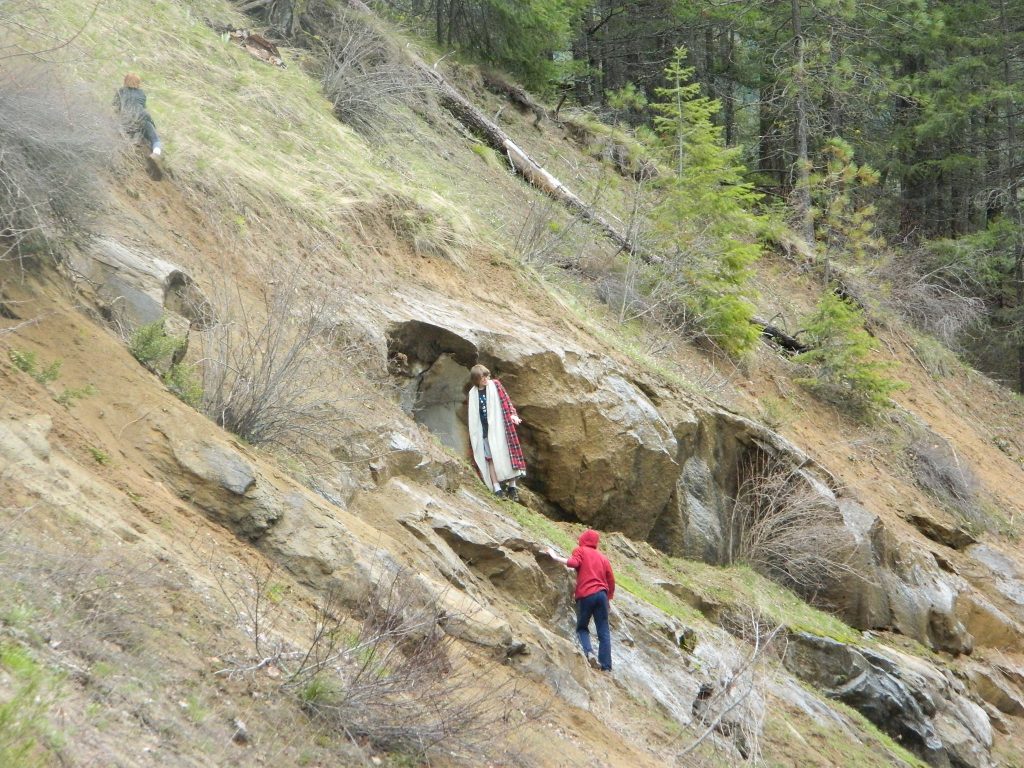 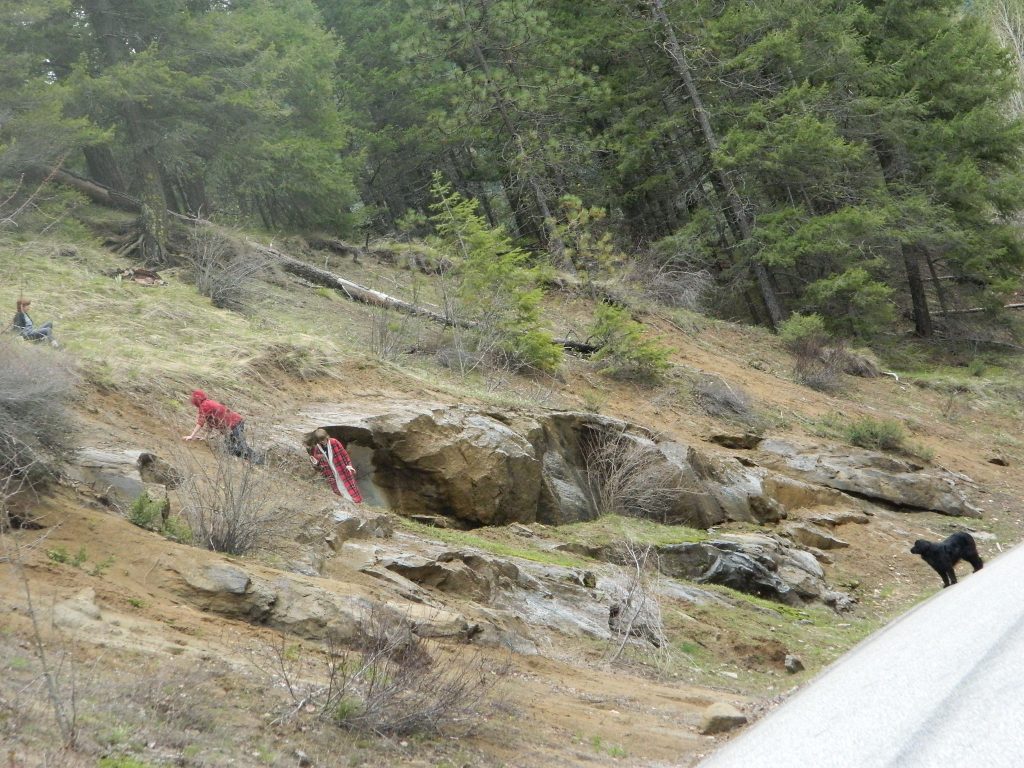 Princess Leia Freyja was deeply concerned about this part of the adventure. Since she could not follow, she sat at the bottom of the hill glaring at them until they returned. 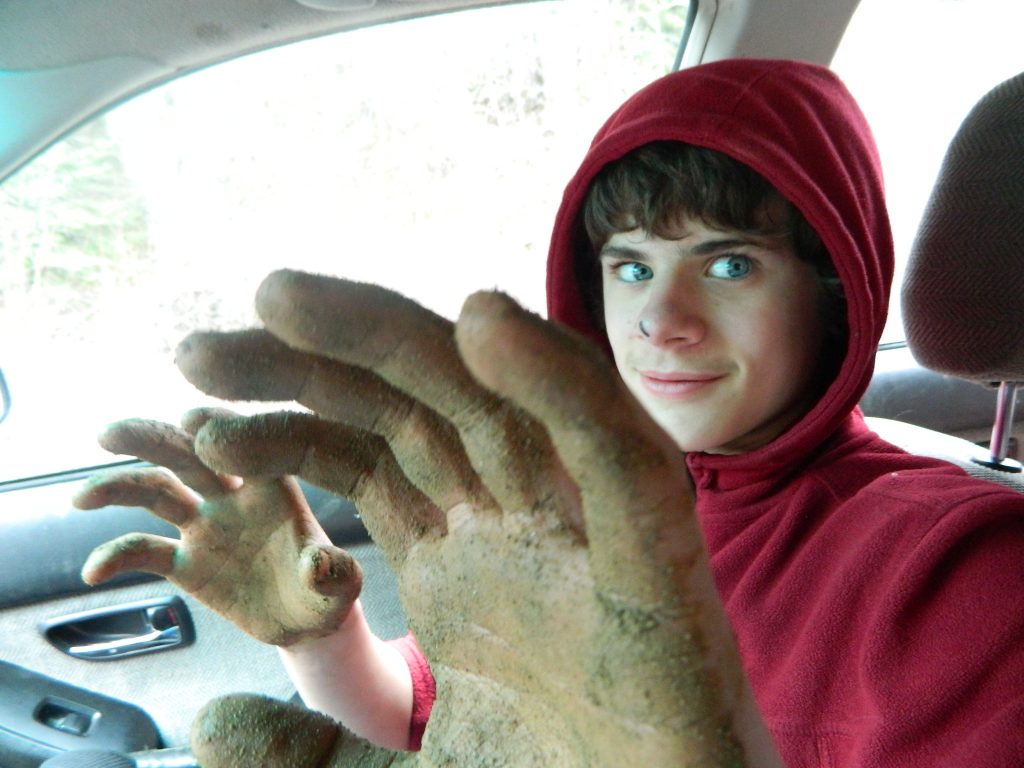 A little mud, much smiling. 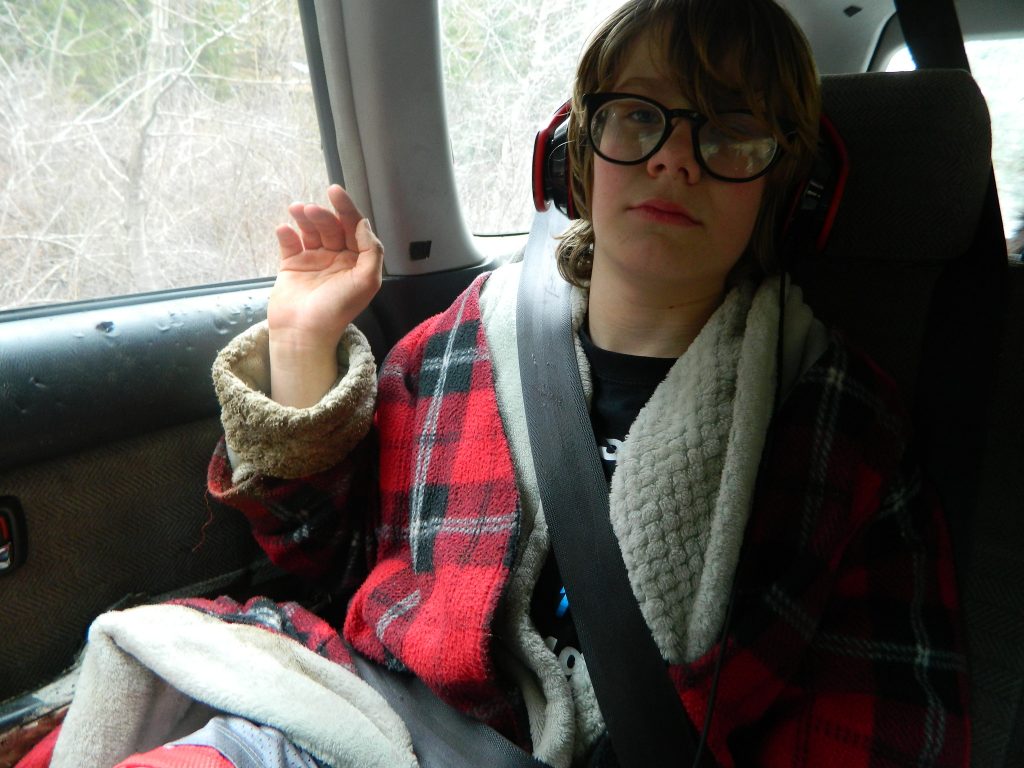 Unless smiling is against your personal philosophy … especially in photos! 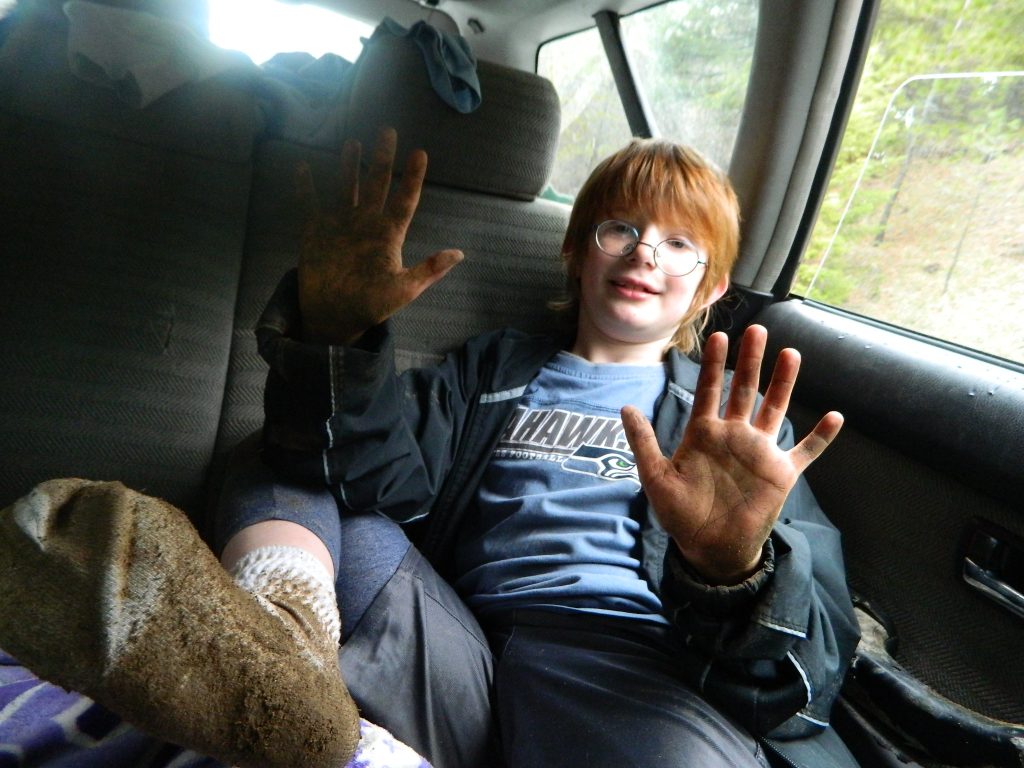 Wait, how did all that dirt get in his shoe? 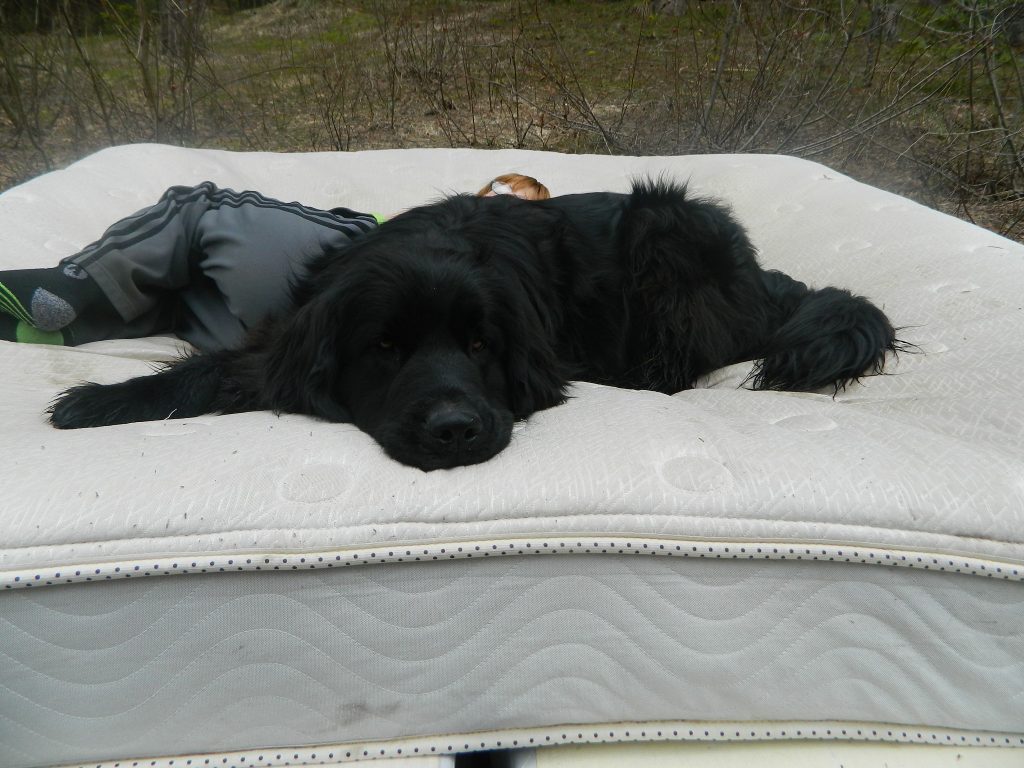 We moved this old mattress out of the house to make room for a fabulous new one and Princess Leia immediately claimed it as her own. She is going to be so sad when it goes to the dump. 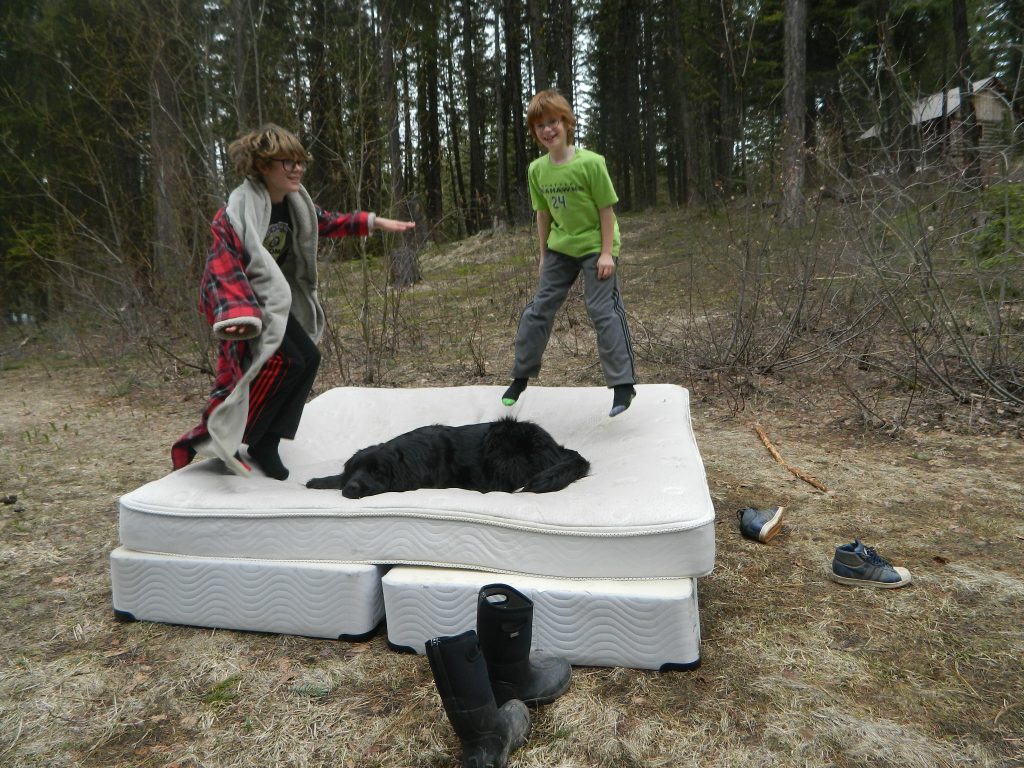 And she’s not the only one. Leia had to fight off the boys for use of this epic dog bed … since she is a lover and not a fighter they compromised. She lounged while they leaped. They played “King of the Kingsize,” which involved much wrestling, pushing, shouting, roaring, and general havoc. We sat behind this family with three girls at church the other day and the girls were gently giving each other back rubs during the service. I think this is the boy version of back rubs. Strangling … gentle attacks and strangling. 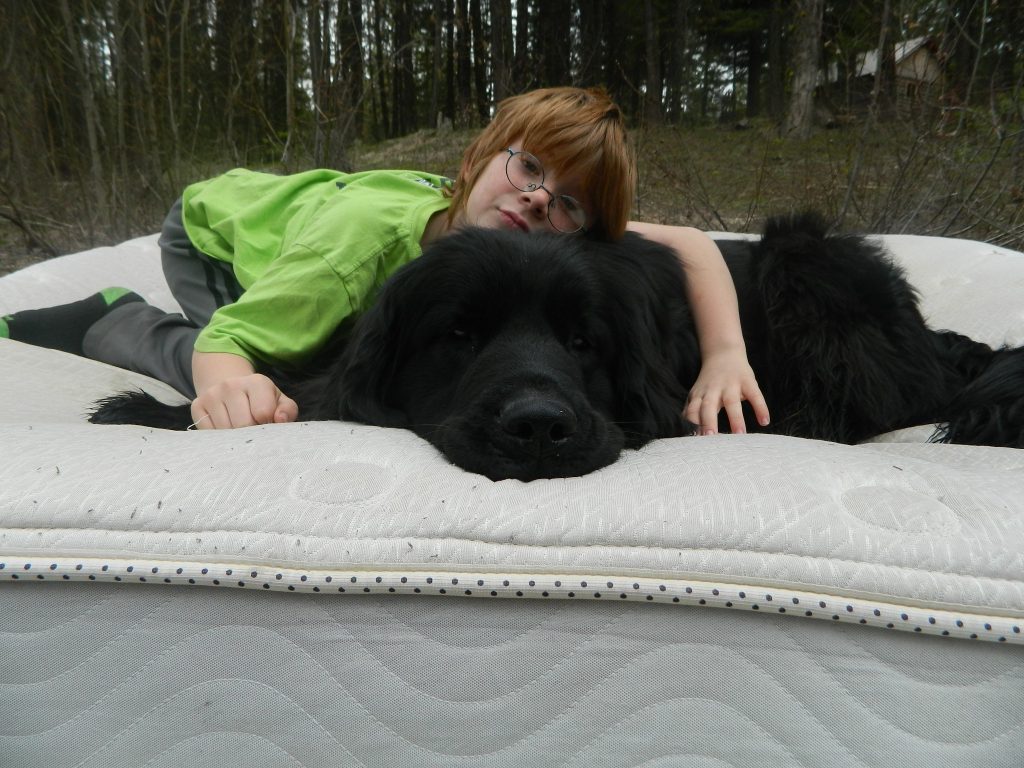 Finally, an agreement was made. Snuggles all around.