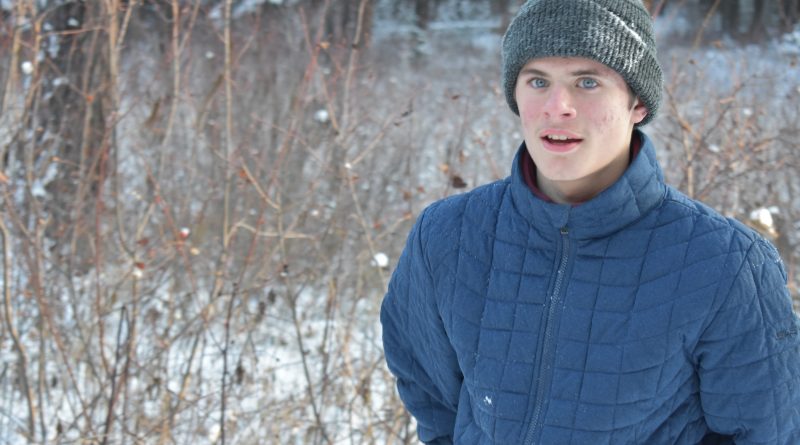 This week I reached into the boys’ room to turn off the light and accidentally hurt myself on some kind of weapon. I investigated. Hmmm … there was a small saw duct-taped to a tall pole and the whole thing was leaning against the wall near the light switch. Perilous indeed!

Recently, two of my sons stayed over at a friend’s house. In the hopes that my oldest son would calm my middlest boy and his rowdy friend, I sent him along. Instead of calming, he appeared to somehow magnetically draw all of the dangers to himself. He accidentally burned a huge hole in his shorts at the campfire, was sliced on the hand with a knife when the friend inexplicably decided that their tent was no longer usable and should be stabbed to death … with my oldest still inside, and then when the concerned father tried to bandage him, my son had an allergic reaction to the Band-aid. I continue to be baffled by their ability to discover/produce perils!

Sweet Boy#1’s trombone went missing. We looked high and low, at camp and through the messy reaches of our home, inside and outside and every side. I texted every friend. “Did you perhaps think that it might be hilarious to hide this valuable and important instrument?” No one confessed. Finally, during an unrelated project, the trombone was discovered stuffed behind a couch at camp. “Oh, yeah.” My sons said with sudden clarity. “____ hid that a few weeks ago.” Yes indeed, it was the boyish prank of a friend, who had promptly forgotten all about it. Ha, ha, ha! Argh!

Sweet Boy#1 threw a snowball at Sweet Boy#3 and hit him directly between the eyes … breaking his glasses in half!

The boys hang one of our pictures upside down and wait to see how long it will take me to notice.

Sweet Boy#2–Runs inside the house brandishing a chunk of frozen and broken Jack-O-Lantern and boldly proclaims: “It’s all Brennan’s fault!” Yes, all three boys and two of their friends had a “pumpkin fight.” This is very similar to a snowball fight … only one throws pieces of mushy and or frozen pumpkin.

But the winner this week …

Mothers of boys often find themselves enjoying/enduring media that they would have never chosen on their own. From DVDs that feature real trains chugging across the countryside for hours and hours and hours (no really, that’s all, just trains moving down tracks), to reality TV shows of fishermen in the Himalayas looking for man-eating catfish, to every mother’s nemesis … zombie movies! Yes, I had foolishly thought as a young woman that I would never subject myself to a zombie movie.

You see, when those three sons of yours look at you with those big blue eyes and say things like: “Please watch with us, Mom. We love it when you gasp and clutch at your heart during all the good parts.” Well, it is hard to resist. Yes, they used similar tactics to convince me to go on the water slides with them. “You scream the loudest, Mom.”

Anyway, I succumbed to their urging and did indeed make it through the zombie movie that their father had assured me, “Hardly has any blood or gore.” Yes, the camera did cut away when knives and axes and speeding trucks caused various wounds upon the living … but there were still zombies. So, so many zombies.

Unfortunately, these zombies made a high-pitched, whistle-like call that my oldest son was able to imitate perfectly. They also craned their necks in an unnatural and super-creepy manner and clacked their teeth alarmingly while hunting. Yep, you guessed it. Sweet Boy#1 can also do a remarkable imitation of all these chilling zombie idiosyncrasies.

This leads us to the Harrowing Moment of the Week …

It was Thanksgiving and all the guests had left. A chill filled the air and fresh snow carpeted the ground. Scruffy and our three boys were hanging out at camp playing a board game and nibbling on leftovers from the feast. I was reading. I had cleaned most everything up but the boys were getting peckish and requested something. I wrapped a flannel about myself and went out into the dark forest alone, ready to walk to our house and retrieve the cheese and crackers. I heard the creak of a door. I froze, heart thumping. Then that chilling high-pitched call echoed through the dark night followed by tooth-clacking. I rushed away to the house to the sound of boyish laughter behind me. Yes, you guessed it. Their father, the very man I married and thought loved me, had urged our oldest to terrify me with his amazingly accurate zombie imitation. Argh!

After returning with the snacks I went to the camp’s walk-in cooler for some turkey. When I pushed on the heavy, insulated door, a figure peering down at me caused me to scream, flail about, and perhaps nearly die of fright. As soon as I saw the lurking shape, he commenced shrieking and clacking his teeth in a zombie-like fashion. Much scolding ensued.

Later, beef stick was desired by my middle son. Since they were in the middle of a game and I was reading, I set out to grab the desired snack. Yes, I realize that I need to start making them get their own snacks, especially when it is dark, and pesky sons are about! I jumped at every sound, but nothing leapt at me from the darkness. On my way back, I noticed Princess Leia Freyja barking ferociously at the generator. I peered about, but saw nothing. I passed the generator, tiptoeing quietly. Then out from behind the generator a figure dashed, clacking its teeth and shrieking. I screamed! Princess Leia Freyja prepared to do battle! She charged after our oldest son faster than I had ever seen her run before. Oh, no! I shouted after them, “Run, Judah. Run!” She was convinced that a real zombie was upon us!

Thankfully, he made some kind of noise that alerted her to his identity and Princess Leia Freyja called off the attack and replaced it with slobbery kisses. If I ever have heart problems, you will know why. Happy Thanksgiving … especially to my fellow boy moms! May you relish the train shows and put off the zombie ones for as long as is humanly possible!!! 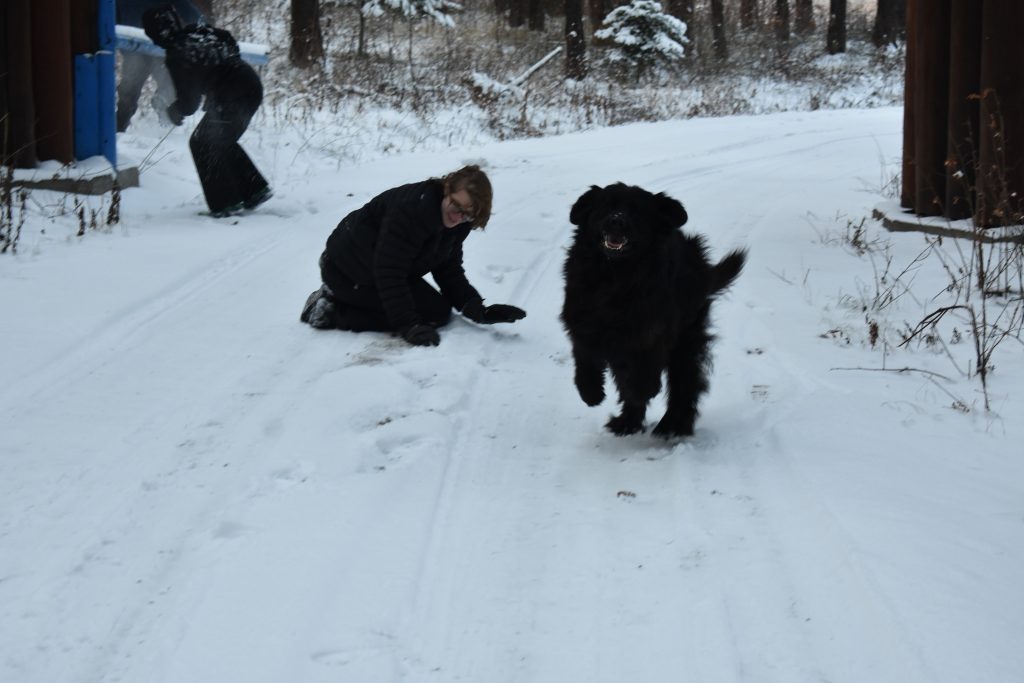