Even though two of our kiddos had fevers last week, I was still able to watch the NFC championship. My wonderful sister-in-law offered to watch them and though I totally expected to find myself at our house giving doses of orange juice and audio books to ailing young ones, instead I was able to sit beside The Hunky Hubby and grip the edge of the couch until the last 3 minutes of the game with things started to pick up.

It was an amazing game and like many things in life, there was something in it that gave me a glimpse of my Lord.

Russell Wilson threw to one particular receiver 5 times during the game. That receiver was named Kearse. The first four times, each of those throws resulted in an interception for the other team. Two of those were the fault of Kearse and two were the result of an error or Wilson’s part. But the ball was thrown to Kearse and things went badly. Athletes tend to be a superstitious lot with their lucky shoes and ritual habits and being willing to do any little thing to make the game go their way.

Many quarterbacks would have hesitated to throw to Kearse again.

The Seahawks pulled ahead, Greenbay tied the game, and we went into overtime. The Seahawks started down the field and Russell Wilson had a chance to throw a long pass. He threw to Kearse. It was one of those passes that requires trust between a quarterback and his receiver. Because the quarterback had to throw the ball before the receiver had even shaken off the guy covering him and arrived in the endzone. It takes faith to throw to your guy in such a situation, especially when the last four throws have gone awry.

So when Wilson threw to Kearse and the Seahawks won the game that sent them to the Superbowl, it made me scream and jump around and hug everyone in the room. But it also made me pause and remember something about my God.

When we are down by 16 points and I keep missing the ball and doing everything wrong, God still throws to me. He never condones my sin, but my God never stops believing that we can do amazing things together. He throws to me again and again and again. Waiting for that one magical moment when I will trust Him and obey and find my strength in Him and catch the ball to win the game. The God of the universe believes in me. He believes in you. Now that tells me something amazing about the God who came and died for us, something I can hold onto. It helps me to believe in Him.

Matthew 23:37–“O Jerusalem, Jerusalem, you who kill the prophets and stone those sent to you, how often I have longed to gather your children together, as a hen gathers her chicks under her wings, but you were not willing.”

Matthew 18:21-22–“Then Peter came to Jesus and asked, ‘Lord, how many times shall I forgive my brother when he sins against me? Up to seven times?’ Jesus answered, ‘I tell you, not seven times, but seventy-seven times.'” 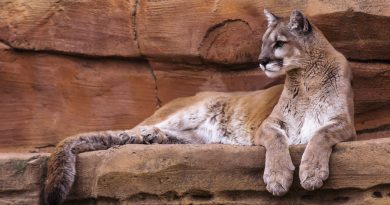 Begging for a Place in the Zoo